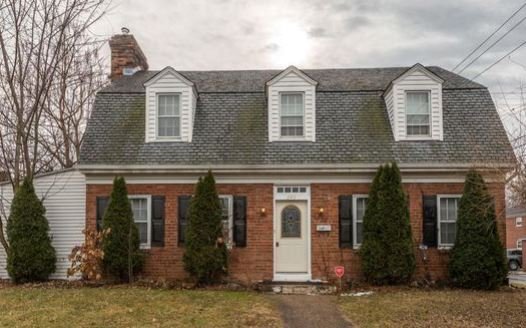 During a routine furnace inspection in Harrisburg, PA, our tech discovered a very dangerous problem: a cracked heat exchanger.

Fortunately, we caught it before it caused any serious problems for the homeowner and his family. Unfortunately, it wasn’t an easy fix. Once this happens, the homeowner is going to have to replace the furnace.

Replacement means suddenly making a significant investment. A new unit with installation costs thousands of dollars. (Learn more about the cost of a new furnace.) It’s not something to take lightly.

That said, we were here to help. UGI Heating, Cooling & Plumbing has earned an excellent reputation in and around Harrisburg PA for outstanding customer service. This job would be no exception.

UGI Comfort Consultant, Joe Leinbach, guided our homeowner through the process of choosing the right system for his home. And, Joe helped him make the most of the situation. Joe found programs that would help pay for the installation, and worked together with the homeowner to find a system that would save him money in the long run.

WHY IS A CRACKED HEAT EXCHANGER DANGEROUS?

As Joe Leinbach explained to this homeowner, a cracked heat exchanger in a furnace is dangerous because it allows carbon monoxide to escape the unit and seep into the home. Carbon monoxide is a poisonous causes people to become sick. If a person is exposed to enough of it, they can die.

That’s why a furnace must be replaced when this happens. It is considered too risky to attempt a repair. And, that’s not a judgment call from a technician. It’s a federal regulation.

The exchanger is the part of the unit that combusts the oil or gas that provides heat. That warm air is what ends up circulates through the house. From there, a blower pushes it through the rest of the system.

A heat exchanger can crack for a few reasons. Often, it's because the furnace is too powerful for the house. If the blower pushes too much warm air for the house to hold, it backs up into the system. Eventually, this stresses the metal and cracks the exchanger.

This situation becomes dangerous because the system has carbon monoxide in it. Usually, this poisonous gas escapes safely through the exhaust. But, if it seeps into the ducts, it makes its way into the house.

That’s why this problem is such a serious matter. Replacing a furnace can be a hassle and a big financial hit. But, it’s worth it when weighed against what could happen when the heat exchanger is cracked. 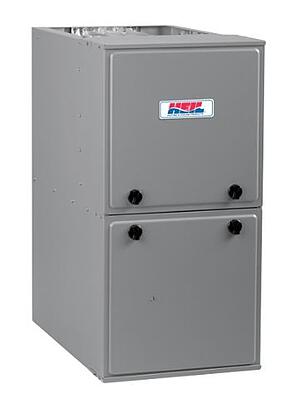 When it came time to choose a new furnace, Joe Leinbach made sure our homeowner could make the most of his new HVAC system. The upside of having to start from scratch is paying less in the long run for heating and cooling.

That’s possible with a new high-efficiency system. Here, the furnace and air conditioning use less energy than other models to produce the same amount of heat and cooling. This setup means lower utility bills because there is less to pay for each month.

The original furnace had an 80-percent AFUE rating. AFUE stands for Annual Fuel Utilization Efficiency. This rating says that just 80 percent of the natural gas it uses goes toward heating the home. The rest is lost through the exhaust system.

However, the new model has a 95-percent AFUE rating. In this case, just five percent of the gas it uses gets lost. That’s 10 percent less energy needed to warm the home.

The new system also provides more efficient air conditioning. That is expressed through the Seasonal Energy Efficiency Ratio, or SEER, rating. It measures how much electricity the a/c uses to cool a room.

This home’s very old central unit had just an 8 rating. The new one is rated 13.

All this means the home’s gas bill goes down in the cold weather. And the system uses less electricity in the summertime. This helps offset the cost of the new installation. It also resulted in a lower up-front fee.

Because of this, our homeowner could get a rebate from the local energy supplier. Many utility companies today want people to install energy-efficient systems. So, they offer cash back when one of their customers does just that. In this case, our homeowner received a $500 rebate.

A NEW HVAC SYSTEM CAN PREVENT A CRACKED HEAT EXCHANGER

After all this work, the worst thing to happen would be for the new furnace to have the same problem as the old one. Fortunately, we considered this. And, Joe guided our homeowner toward features that would help his new HVAC system have a long lifespan.

The first step was making sure the new model was the right size for the home. Joe started by considering the home’s square footage and measuring the rooms. Knowing this helped us determine how much power the system would need without overdoing it again.

Next, Joe guided our homeowner toward features that would help prevent another problem. The unit the homeowner selected offers variable speed options. The different speeds allow the heating features to work in various capacities.

The old system only had two modes: Off or on at full blast. This most likely was part of the reason there was a problem. But, that’s not so with the new one.

Now, variable speed feature lets the unit run anywhere from 30 to 100 percent of its power. It makes it much less likely to work so hard that the heat backs up. As a bonus, variable speed also makes the heat feel much more comfortable.

All in all, replacing his home’s HVAC system was the last thing this homeowner was planning to do anytime soon. But, we helped him make the most of it. The new heating and air conditioning will cost him less and work even better than before.

Routine furnace inspections can prevent costly breakdowns. Contact us to schedule an inspection. Or, if you’re considering an upgrade, let us design the perfect solution for your home!